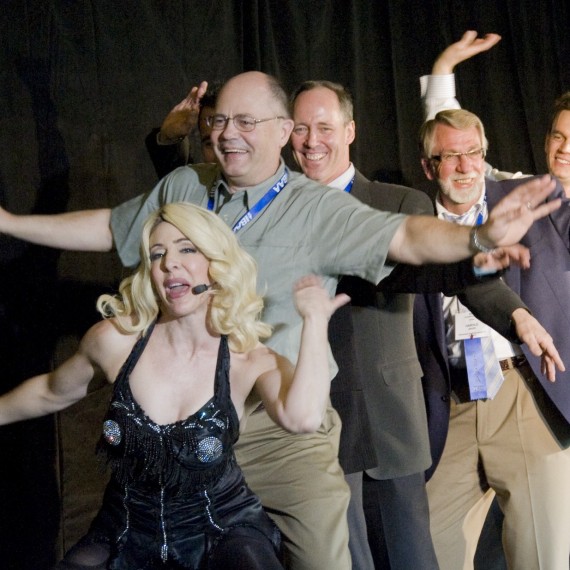 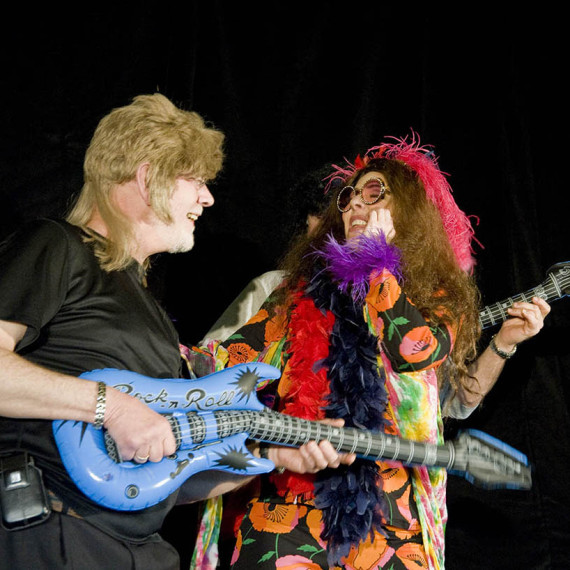 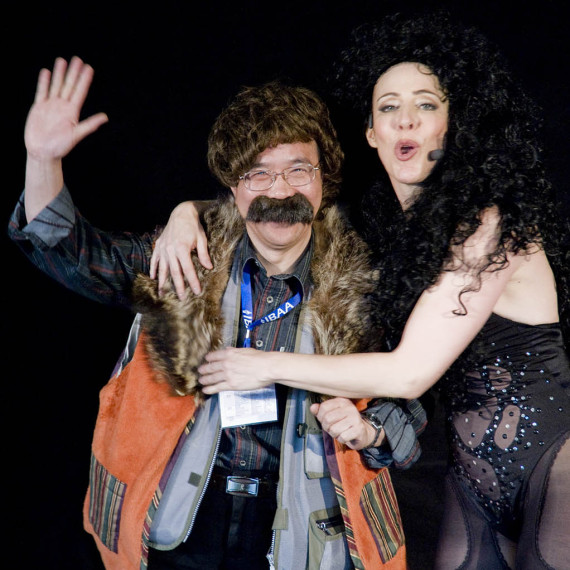 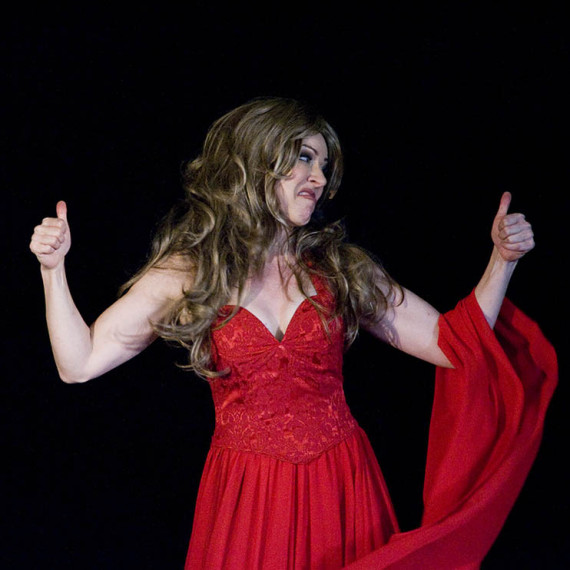 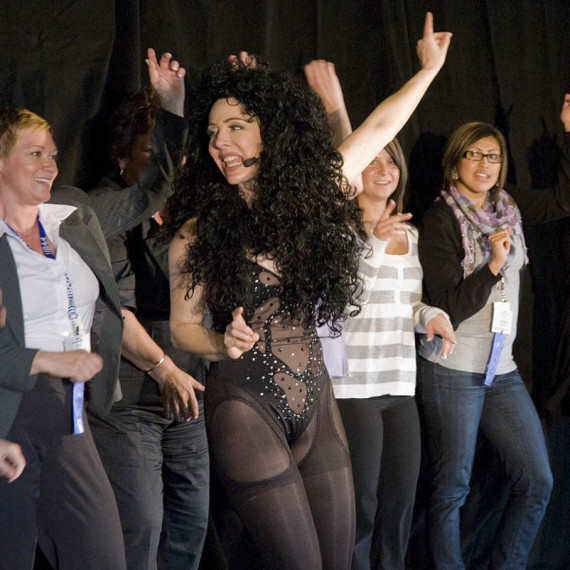 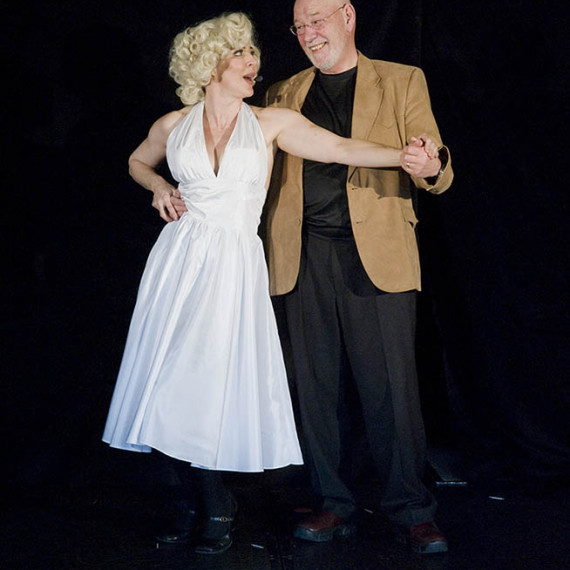 Tracey Bell as Cher performing at a corporate event 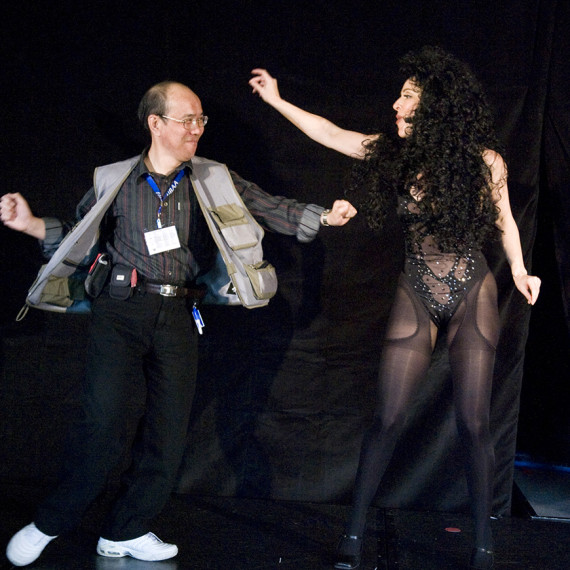 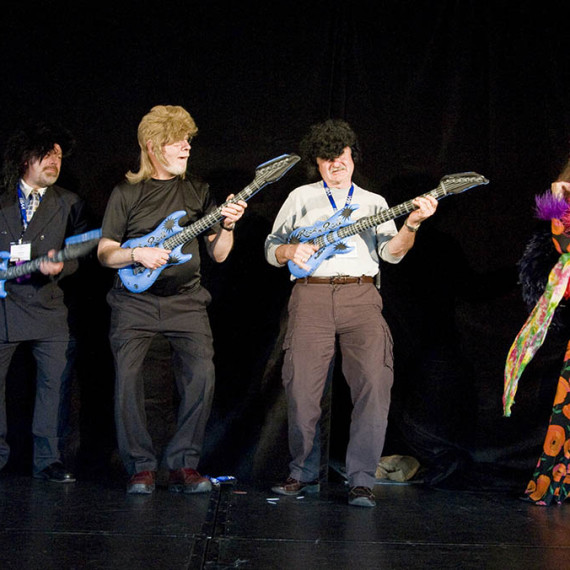 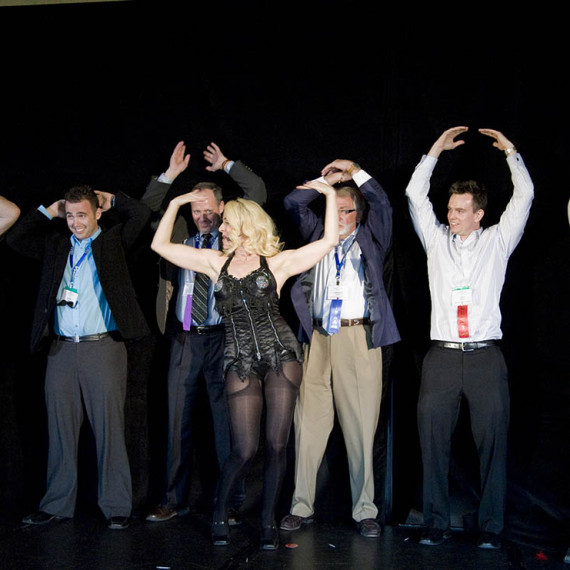 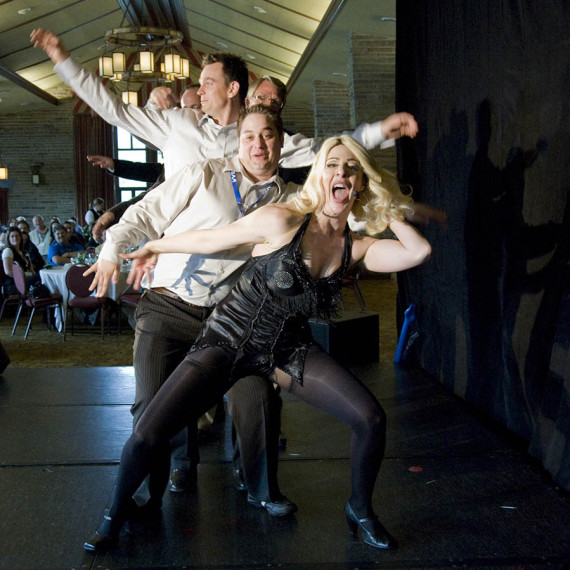 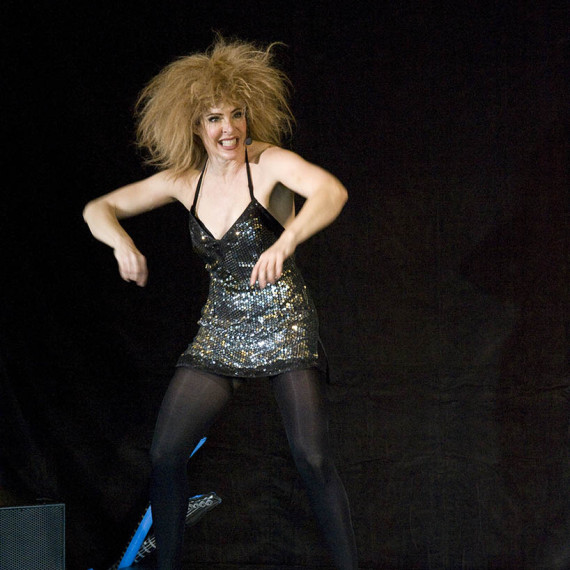 Tracey Bell as Madonna performing at a corporate event 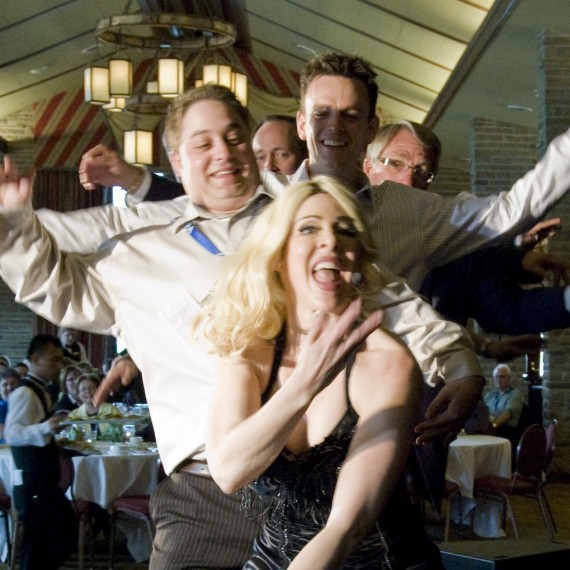